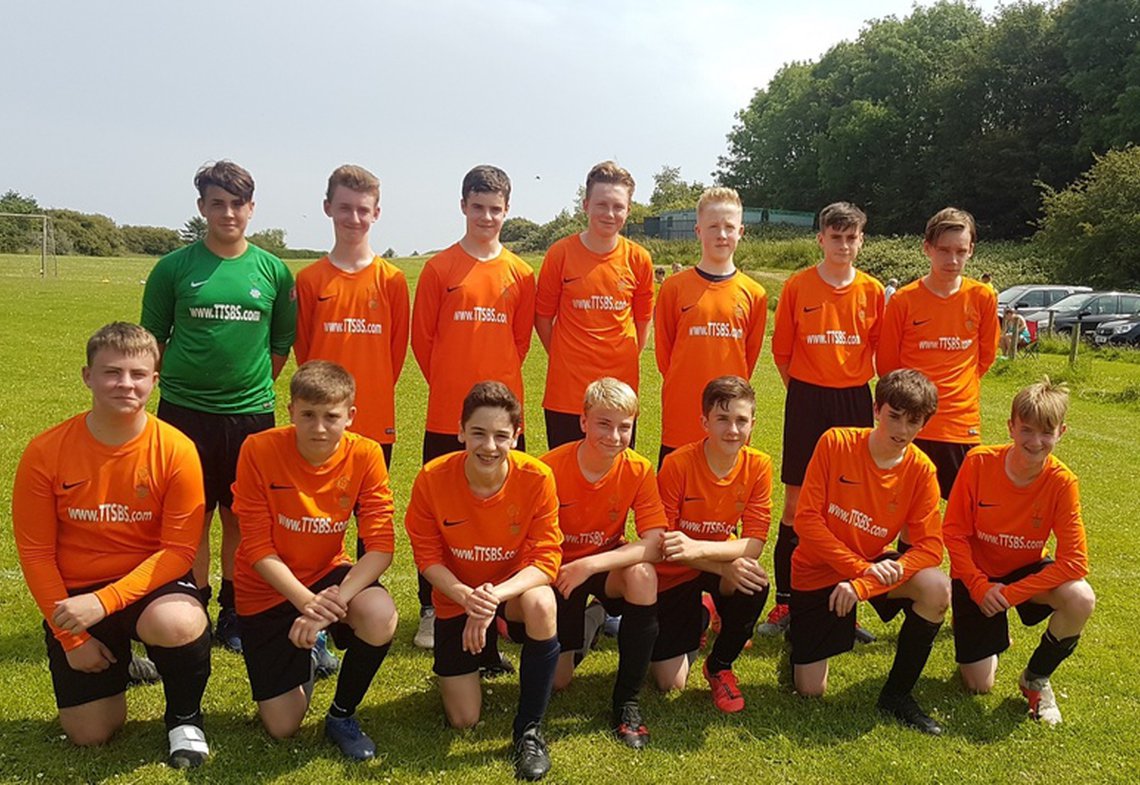 A £250 grant from the Tees Mutual Community Fund will enable a thriving Middlesbrough youth football club to do the double even before the new season starts.

The money will pay for a set of training kit for the Kader FC U15 team that can also be used as an away strip when there’s a clash of colours in their Teesside Junior Football Alliance fixtures.

Shaun Taylor, U15s' coach and manager, said the money is very welcome and will make a real difference for the young players, who are pictured here wearing the borrowed tops they have been playing in.

“We can make £250 go a heck of a long way,” said Shaun. “I’m grateful for everything Tees Mutual have done for my team and this will help promote Tees Mutual’s name throughout the club.”

Director Debra Barker said Tees Mutual were delighted to be able to support the young players.

“We all know that the area our mutual society covers is part of football’s traditional hotbed that has produced so many top players over the years,” she said.

“We were impressed that as well as promoting sporting excellence, Kader also put considerable emphasis on enjoyment and being part of the community. We’d like to wish the Under-15 team and all of Kader’s players all the best for the season ahead.”

“The club plays a really important part in the community,” says Shaun. “Our ethos is offering football enjoyment in a safe environment and we’ve got what is probably the best 3G pitch in the area.

“We look after everyone from the little dots having a bit of fun and a kickabout, all the way up to the senior side.

“We’re getting more into girls’ football, which is brilliant, and the next stage is maybe getting an adult team into the lower reaches of the Northern League.

“When I was playing when you got to 18 you were classed as a man and were sent out to play for the Dog and Duck on a Sunday morning, getting kicked to bits by these big butch 35-year-old blokes. Kader gives you an opportunity of progressing upwards in an age-related environment, which is really important.”

As well as giving children competitive sport, Shaun says there is also an important social element to what they do.

“I have a wide range of kids in my team,” he says. “Some, I can tell you now, will go to university and be very high achieving kids and some won’t, and so both the football experience and the life experience we give them is so important.”

Kader also offer free level one coaching badge training or a referee’s course to volunteers who show a commitment to the club.

Applications to the Tees Mutual Community Fund from Tees Mutual members and their families will be given priority.