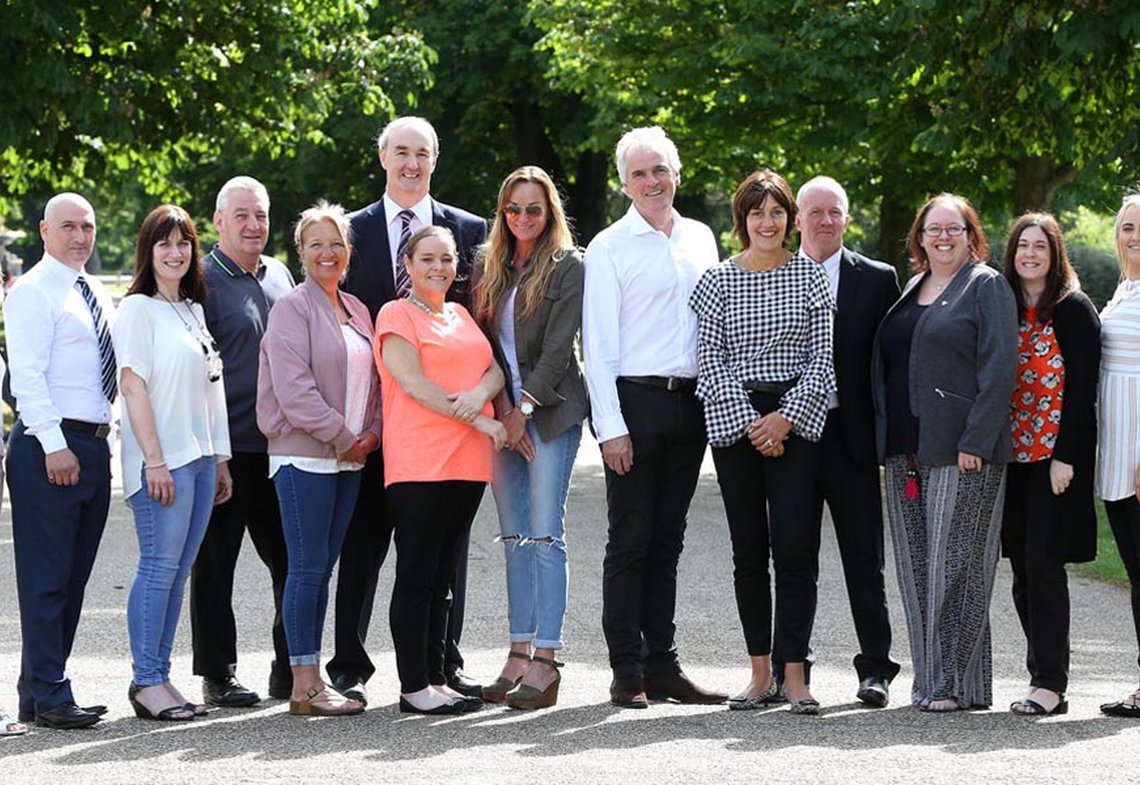 One of Teesside and County Durham’s oldest and most trusted institutions has unveiled a new name and logo as part of a major rebranding.

The Kensington Friendly Society, which has had its head office in Kensington Road, Middlesbrough, for over a century, will become the Tees Mutual from February 5.

The society was established in the mid-1890s as the Trade Union Friendly Collecting Society to provide a way for Cleveland ironstone miners and their families save money for their funeral costs and changed its name to the Kensington in the 1980s.

There were once a number of friendly collecting societies all competing for members but the Tees Mutual is the last one in our area.

Generations of local people have regularly saved a small amount of money each week for themselves and their children and the society’s collectors have become familiar faces who are often welcomed into members’ homes as friends.

Now the Tees Mutual is looking to the future by expanding its team of 17 agents, while also extending its range of policies to include income protection and enabling members to apply and make payments online for the first time.

"We’re extremely proud of our rich history but we’re also keen for local people to see that we continue to be a financially strong society with a clear, modern vision,” said chairman Mark Brooks.

“We currently have around 8,000 members who hold more than 18,000 policies with us and we’re determined to increase those numbers even further.

“With funeral costs continuing to rise, that wise old-fashioned custom of putting aside a little bit of money so that your family aren’t saddled with large debts when you die is as important as it ever was.

“Enabling our members to take out income protection policies adds a new string to our bow and underlines how we continue to change with the times.”

“The new name more accurately reflects both the area we serve and our uniquely caring and sharing outlook,” added company secretary Brian Douglass.

“The change does not affect our members in any other way and they can be assured of receiving the same unrivalled, friendly personal attention and competitive policies we’ve always been known for.

“We continue to be completely owned by our members, meaning we don’t have shareholders and that all profits go back to our members in the form of bonuses.“

The society was founded by prominent local councillor and Freeman of Middlesbrough George Absalom Carey and current chief executive Phil Carey is the fifth generation of the family to have been involved in its management.

It exists solely to provide simple, accessible policies to enable local people to save for funerals or to provide a lump sum for a special person or occasion, as well as income protection, and 100% of death claims were paid out in 2017.

Benefits of taking out a policy with your local mutual rather than a national provider include flexibility to reduce payments without losing all your cover, full cover after just a year and protected payouts if you have to stop paying your premiums.

As well as the new name and logo there is also a new website, www.teesmutual.co.uk, and the society is launching Facebook and Twitter accounts for the first time.